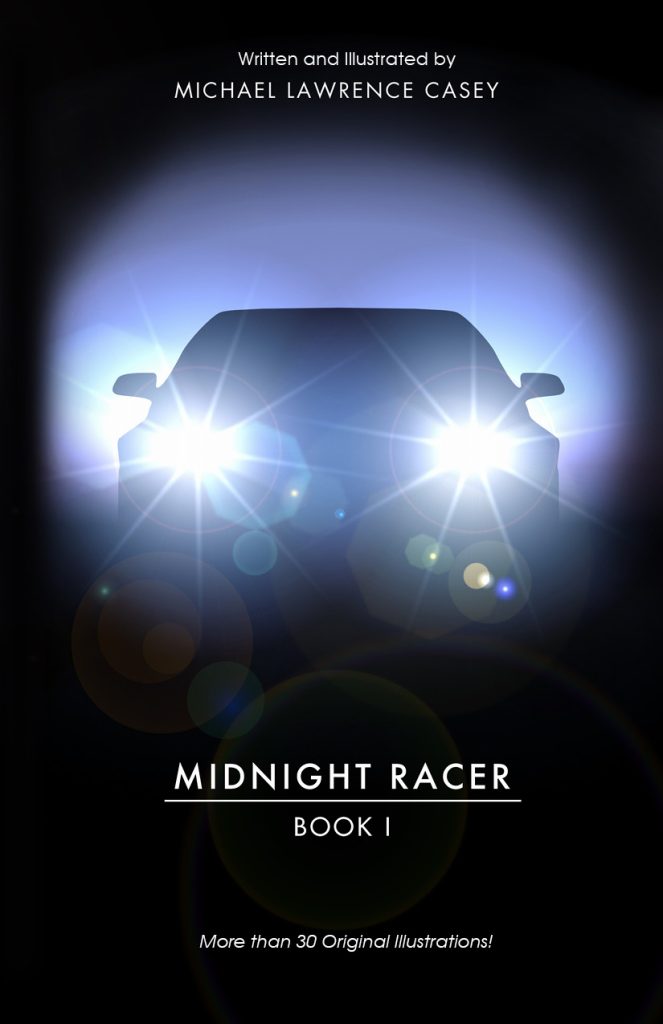 "Midnight Racer is an illustrated chapter book for kids 8-12. It is a story about a young boy and his family that move into a new home. After living there for a short time, the boy, Alex, discovers there is a room hidden under his bedroom. Little does anyone know there is secret technology and devices set up below, waiting for the right person to join them in their fight against evil!

The book is based on stories I told my son Adam as he was growing up."

Michael Lawrence Casey is an artist, designer, and married father of two, living in Minnesota. Midnight Racer was conceived, illustrated, and written based on stories he told his son when he was a boy.

If you're interested in getting your own paperback version of Midnight Racer you can contact me directly or on Amazon.com.